Eye Dancers is about three boys, who get visited by a strange girl in their dreams. They have been dreaming about her for three nights in a row. What could this mean?

Until recently, Mitchell Brant has been an ordinary boy. But for three nights in a row he has been dreaming about a strange ghostlike girl with mysterious blue eyes. And he is not alone. Joe Marma, and Ryan Swinton have been dreaming the same dream. Could there be a connection? Could the ghost girl be a good sign? Or is she worse than they realised? 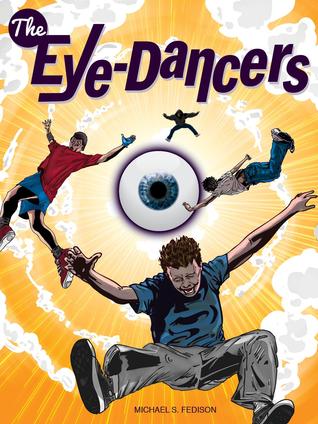 My favourite parts are when Mitchell, Joe and Ryan found out that they were all having the same dreams for three nights. When they meet Duss, a stray dog they meet in their time travel back to 2004. And when Mitchell gets a burger that only cost $1.40.

My favourite character is the ghost girl, Monica. The reason she is my favourite is because she is a strong girl. She is only seven, but I think she is very intelligent for her age. When she was kidnapped, she reached out to Mitchell Brant, Joe Marma and Ryan Swinton, who eventually rescued her.

Eye Dancers is a very good read. It has its comedy and its scary moments. I would recommend it to anyone who likes fantasy and Percy Jackson.

This site uses Akismet to reduce spam. Learn how your comment data is processed.

Just wanted to say thank you to @greywindband for sending me and my mum @freyahmcgrathauthor the #greywind beanies! Best Christmas present!! (Featuring one of my advent presents!)
I’ve been getting some amazing treats in the advent calendar my mum made me!
Some pics of me, that I had my mum take.
Got my second Covid vaccination today!
@freyahmcgrathauthor’s novel #thewildrwoodchronicles #daughterofnone #twcdon is out now. Click the link in @freyahmcgrathauthor bio for information how to buy. I feature on the back cover of the print book! Which was a cool photo shoot!
Had my daith repierced today. I fiddled with it during lockdown and it came out. My headaches returned with vengeance.
Follow Amira-Jolie Ryan on WordPress.com
Back to top
Loading Comments...
%d bloggers like this: